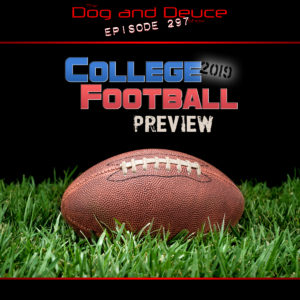 We run down the schedules for the Utes, Cougars and Aggies and give our projected records. Can all three teams live up to the hype? Can BYU upset Utah in the week one Holy War? Will the Aggies build on last season’s surprising success?

Real Salt Lake fired head coach Mike Petke after repeatedly hurling a Spanish homophobic slur towards a referee. There are also allegations that he sent a note containing the slur to the official’s locker room after the match. Would Petke have been fired if the team was having more success?   Call or text the D & D Voicemail and Text Line at 801-47-SPORT (801-477-7678) and let us know what you think 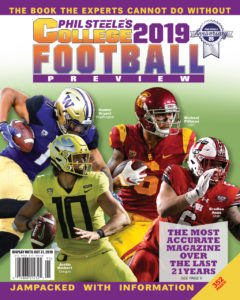 Phil Steele has been the nation’s leading college football expert for decades. His annual magazine, Phil Steele’s College Football Preview is celebrating its 25th anniversary. It is a staple for college football fans and a required resource for analysts. Phil returns to the show to preview upcoming seasons for the Utes, Cougars and Aggies. Should we believe all the hype surrounding Utah? How good is Zach Wilson? Can Gary Andersen build on last year’s success? Who is going to win the week one rivalry game? Phil Steele links:

Our boy Nate the Hemorrhoid weighs in on last week’s debate about LeBron James’ behavior at the AAU championship game. 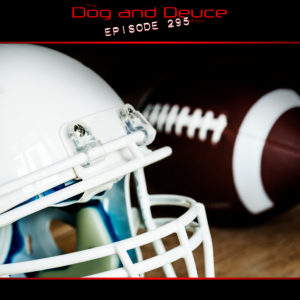 Potential star linebacker Manny Bowen announced that he will not be playing for Utah this year and is quitting football altogether to pursue a business opportunity. What does this mean for the team and the season?

Larry Krystkowiak has lost even more players to transfer this offseason. At what point does he need to take accountability for this concerning trend? Is there anything that can be done to stop it?

LeBron James made sure the whole world knew that he was on the sidelines while his son’s team played in the AAU championship game. He put on a dunking exhibition while the team did layup drills and had an over the top celebration during the game that included him running on the court. Does he deserve the widespread criticism he has received for his behavior?   Call or text the D & D Voicemail and Text Line at 801-47-SPORT (801-477-7678) and let us know what you think

This tournament benefits military veterans, first responders and their children. 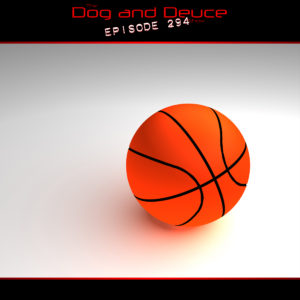 Just when we thought the NBA offseason frenzy was over a blockbuster trade went down. Oklahoma City sent Russell Westbrook to Houston in exchange for Chris Paul and a ridiculous amount of first round draft picks. We react to the news and discuss how this affects an already stacked Western Conference.

A recent Salt Lake Tribune column revealed that things aren’t going well for Jerry Sloan. His health is declining rapidly and no one is quite sure how much time he has left. We discuss the column, talk about what Sloan has meant to the Utah Jazz franchise and theorize as to why there isn’t a statue of Jerry outside Vivint Smart Home Arena.

Grayson Allen was ejected from a recent summer league game after picking up two flagrant fouls within eight seconds of each other. Take a look at the fouls (below). Did they deserved to be called flagrant? 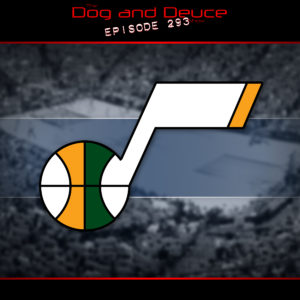 After the Mike Conley trade Justin Zanik could have accepted the widespread praise and taken the rest of the summer off. Instead he stayed busy and signed multiple free agents including Bojan Bogdanovic. Now Las Vegas is predicting the Jazz to have the most wins in the Western Conference. We break down each signing. Has this offseason been as good as Jazz fans think it is or are we over hyping it?

The U.S. women’s soccer team is headed to the World Cup final but much of the talk surrounding them has been about their over the top celebrations. Have they gone too far?   Call or text the D & D Voicemail and Text Line at 801-47-SPORT (801-477-7678) and let us know what you think 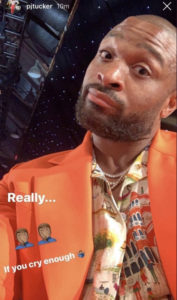 Mike Conley is settling in with Jazz and has already started working out with Donovan Mitchell. Rudy Gobert won the NBA’s Defensive Player of the Year award for the second consecutive year. Apparently Houston’s P.J. Tucker wasn’t pleased with the selection. This is what he posted on his Instagram story immediately after Gobert’s name was announced:

The Houston Rockets’ social media team seemed managed to outdo Tucker in their petty antics. Giannis Antetokounmpo was awarded the Most Valuable Player award and gave a tear filled and heartfelt speech. This is when the Rocket’s Twitter account send out a thread of tweets explaining why they felt James Harden deserved the award.

Its beginning to seem that this episode has a theme. Kevin Kietzman, a radio host on Kansas City’s WHB, made some deplorable comments regarding Andy Reid and his late son, Garrett. And to make matters worse Kietzman initially decided it would be better to deny that he said anything wrong than to apologize. 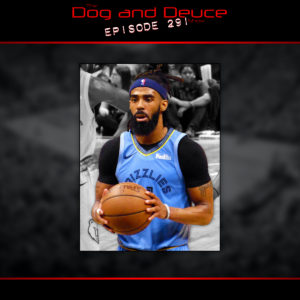 The Jazz have had their eyes on Mike Conley Jr. for a while now. After failing to come to an agreement before the trade deadline, the Grizzlies agreed to a deal that would send the veteran point guard to Salt Lake City. The best part…the Jazz didn’t have to give up Derrick Favors. We do a full break down of the trade. What have we gained? What did we lose? Why are some fans so upset about this?

The Raptors dethroned the Warriors in this year’s NBA Finals but should there be an asterisk next to their name?   Call or text the D & D Voicemail and Text Line at 801-47-SPORT (801-477-7678) and let us know what you think 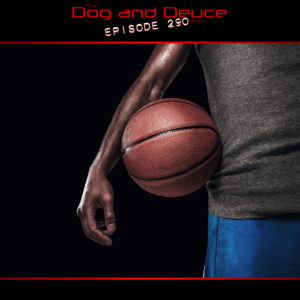 Ricky Rubio has drawn a lot of criticism from fans this season and many would like to see the Jazz get an upgrade at point guard. Well they may get it. Ricky Rubio recently stated in an interview with a Spanish radio station that the team has informed him that he is not a top priority for them this offseason. There have been many different reactions to his comments but how much are we losing in translation?   Carlos Boozer is a former Jazz player who also received his fair share of criticism from fans. Despite that, Boozer was quick to defend Salt Lake City in a recent interview with Eric Woodyard from the Deseret News. Read the entire interview here.

Kevin Durant and Klay Thompson did not play in the game three loss and now the Warriors are down 2-1. Can Toronto’s role players keep up this stellar play?   Call or text the D & D Voicemail and Text Line at 801-47-SPORT (801-477-7678) and let us know what you think 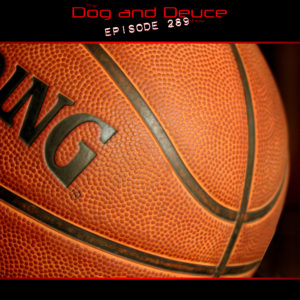 The Raptors have reached the NBA Finals for the first time and are faced with the overwhelming task of de-throning the Warriors. We preview the series and make our picks.

ESPN asked Magic Johnson to be a guest on what was supposed to be a Finals preview show with Stephen A. Smith and Michael Wilbon. Instead he spent the opening of the show denying numerous allegations leveled at him by Lakers employees including that he verbally abused his subordinates and wasn’t dedicated to his job. What is most perplexing is that Smith and Wilbon asked no probing questions and instead enabled Magic’s bizarre behavior. Will he ever get out of his own way?

Fans are vocally upset about the ending to Game of Thrones. We discuss other disappointing finales to popular TV series. Have there been any that are collectively loved?